Waking up in the morning can be tough, especially if you have little ones to get ready in the morning. You rush to get yourself ready, and then rush to get the kids ready and out the door by 7:30 to make it to school on time. And then you realize, you forgot breakfast. Well, here are three easy breakfast tacos you can prepare the night before so you can just pop them in the microwave and be out the door on time! Plus, a low-carb breakfast option too!

For this taco, you can either use leftover Bigham's Smokehouse brisket or smoke your own brisket and divide it up between meals because there's bound to be leftovers.

Grab some tortillas and lay them out. If you want a similar tortilla to Bigham's, use H-E-B half flour and half corn tortillas for that classic taste. Heat up a pan and crack open five to six eggs, depending on how many tacos you're making. Grease the pan with bacon grease or butter and scramble the eggs to your liking.

Dice up some potatoes, or for an easier way, use the premade hash brown potatoes available at your local grocery store in the frozen food section. Fry those potatoes up until they are a nice golden brown and season with salt and pepper to taste.

Now comes the assembly line. You already have the tortillas laid out, so now layer on the potatoes, eggs, brisket and cheese. Wrap the tacos in a paper towel and place in a Ziploc baggie in the refrigerator. These tacos will be good for up to five days. In the morning, just pop the taco in the microwave for one minute and you're ready to be out the door in no time! Same as the brisket taco - lay out however many tortillas you wish. Heat up a pan and cook your bacon until it reaches your preference. Or, you can cook the bacon in the microwave, it's your breakfast taco here! Once your bacon is done cooking, crack open five to six eggs, depending on how many tacos you're making and scramble them in the reserved bacon grease. Season with salt and pepper to taste.

Next comes the potatoes. You can dice your own, or use the prepackaged kind at your grocery store. After the eggs are finished cooking, fry the potatoes in the same bacon grease to give the potatoes an extra savory flavor. Season to taste with salt and pepper.

It's time to assemble the tacos! On your tortillas, layer on potatoes, eggs, bacon and cheese. Wrap the tacos in a paper towel and place in a Ziploc baggie in the refrigerator for up to five days. 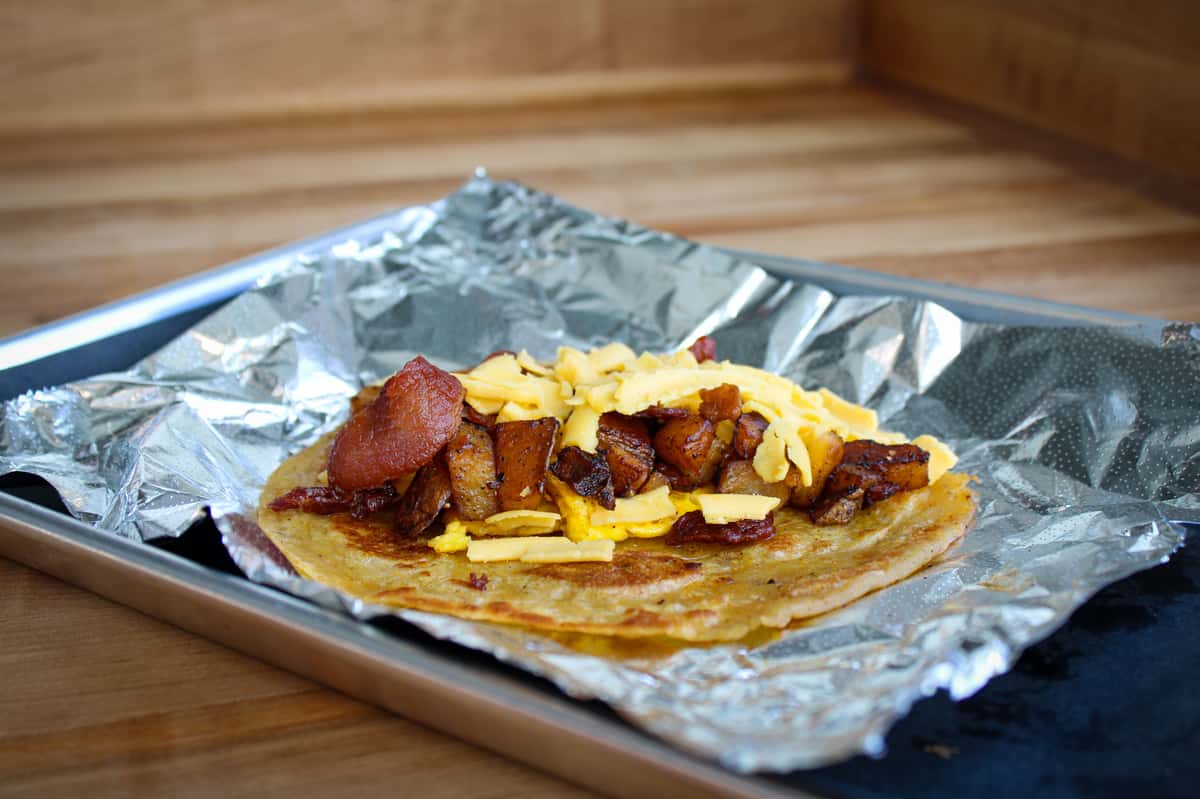 Now, this taco is similar to the bacon, but it's more savory and flavorful. You can either use Bigham's Smokehouse Pork Belly or you can smoke your own pork belly.

You know the drill: Set out however many tortillas you wish. Crack open five to six eggs and cook in a hot and greased pan to your liking. Season the eggs with salt and pepper to taste.

Grab your choice of potatoes and fry until fork tender and golden brown. Season the potatoes with salt and pepper. You want to keep these seasonings like because the flavor of the pork belly will shine through in this taco.

Assemble the tacos by placing the potatoes, eggs, pork belly and cheese on the tortilla. Wrap the taco in a paper towel and place in a Ziploc bag in the refrigerator for up to five days. 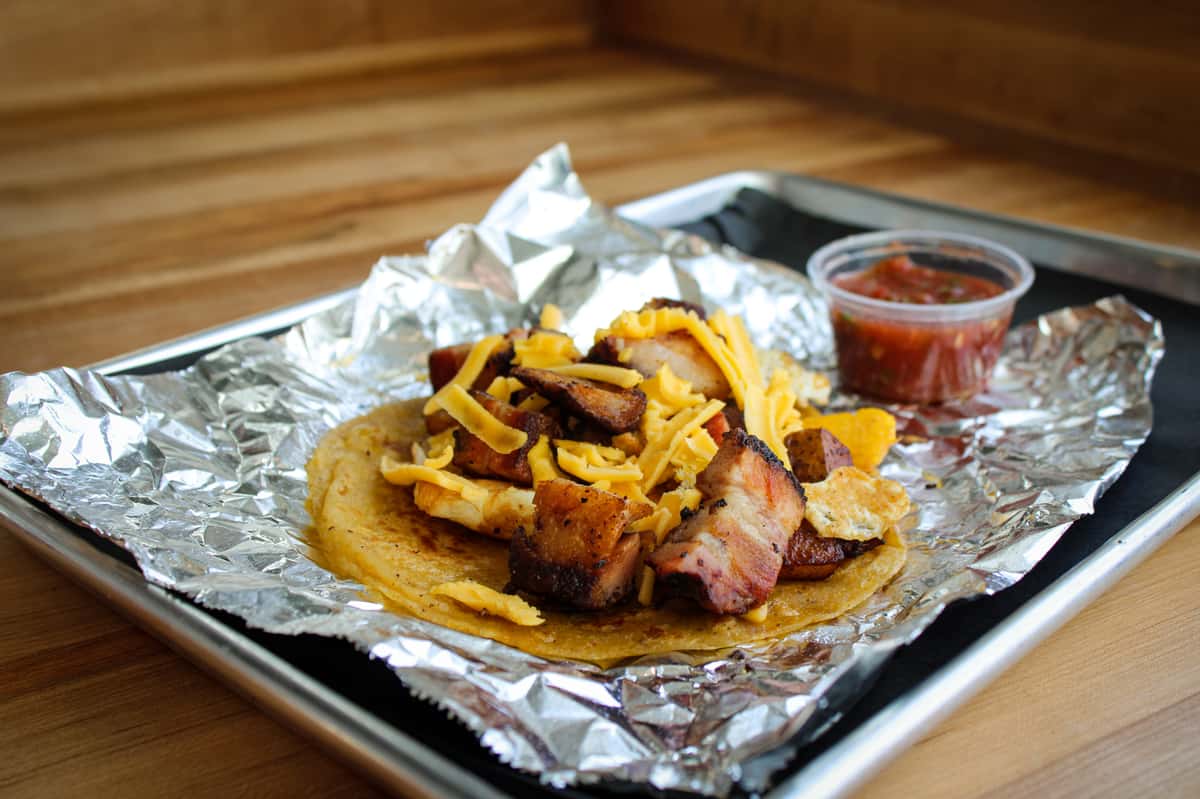 Staying low-carb and want to cut out the tortilla? Try any of these taco recipes as a breakfast bowl! Just skip the tortilla, and place remaining ingredients in a microwave safe container! 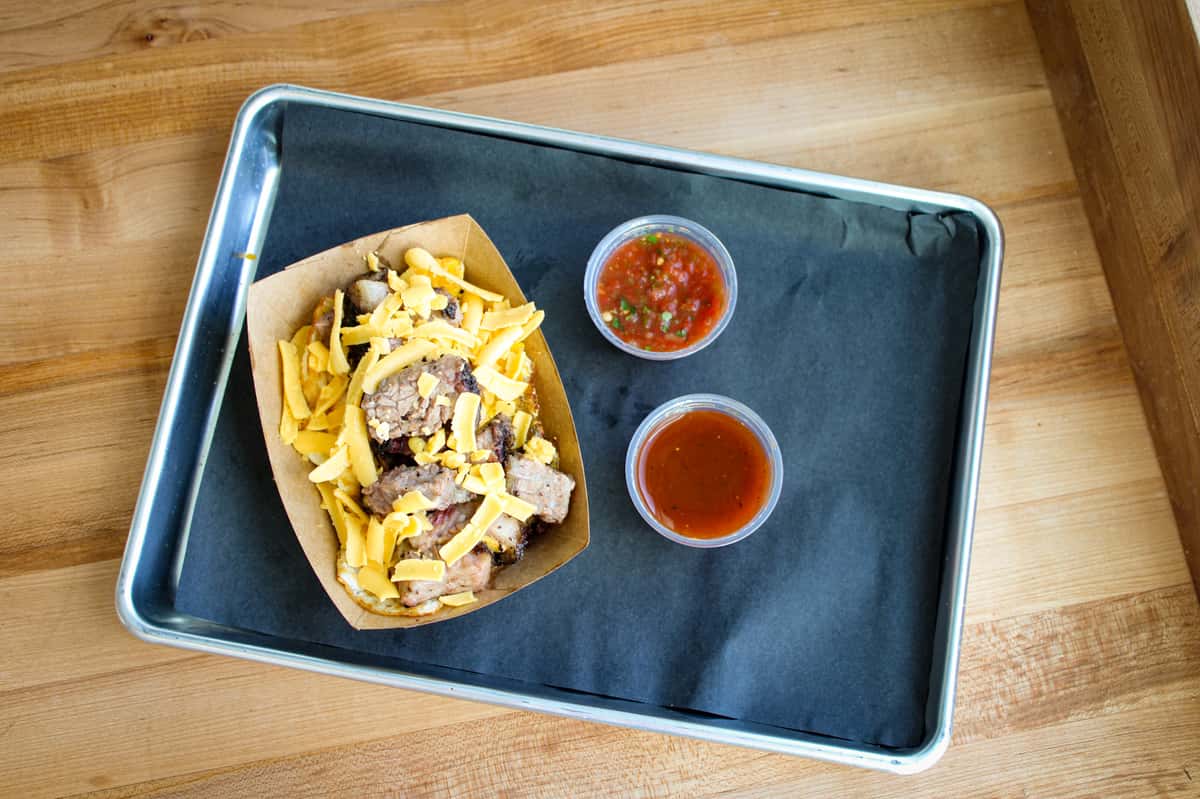 Do you have a couple minutes to spare before going in to work? Make breakfast even easier by stopping by Bigham's Smokehouse on 50th and Milwaukee to grab these exact tacos before heading in to work!